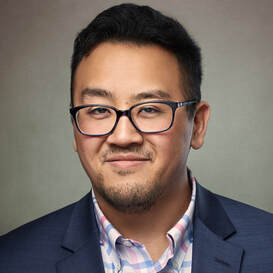 An entrepreneur since his teens, Vinh has assisted in transforming ideas and prototypes into disruptive, high-valued companies through operational discipline, effective business development, and meaningful reputation management. His most notable ventures included successful exits of an algae biofuel company in 2010 and a mobile ordering software company in 2008.

At VUONG Holdings, Vinh averaged a 133% average annual return through equities and real estate holdings over a span of five years. In 2020, he spearheaded an effort through a public-private partnership with the United States government on critical and rare earth minerals labeled Project Takeoff. Vinh has been a vocal supporter of the expansion of 5G within the United States and worked with partners to attract domestic investment and drive legislative support. He has also led mineral brokering efforts, which included a $1.5 billion minerals deal signed in 2020. In October 2021 he led a group of partners who were among the final groups of investors to submit a final bid in an auction to purchase Remington Arms Company from bankruptcy in order to prevent a breakup of the 206-year old company. Vinh was the youngest investor to participate on this deal, at the age of 29.

On the political front, Vinh has worked with numerous advocacy groups and political organizations in multiple countries, from London to Washington, D.C., on issues ranging from tax reform to constitutional matters, geopolitical issues such as freedom in Hong Kong after China’s violation of a peace agreement, and the United States' advancements, global positioning, and supply chain vs. China and other adversaries in artificial intelligence, the importance of 5G, and securing a supply chain for critical and rare earth minerals. He has also recently been active in matters regarding blockchain, cryptocurrencies, and web3. ​

Vinh has made numerous television appearances on Bloomberg, TD Ameritrade, and Cheddar, and has been published in Real Clear Politics, Fox News, The Daily Caller, and Newsmax – amongst others.

He is a proud son of Vietnamese immigrants who came to the United States towards the end of the Vietnam war to seek the American dream and they did so with their Vietnamese restaurants in the Philadelphia area.