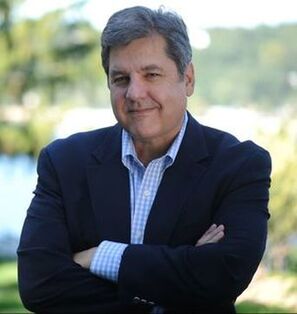 Mark Davis is a former White House speechwriter who has managed message strategies and drafted speeches for the C-Suites of more than a dozen Fortune 500s, in sectors ranging from defense and aerospace, to telecommunications and transportation, to the CEOs of three “supermajor” oil companies.

Mark is adept at high-stakes messaging.  He has worked with international energy companies to balance global messages against local sensitivities. He has helped manage the messaging strategy for judicial appeals and “bet-your-company” lawsuits for a leading car company and a major railroad.  He advised a major transportation company on one of the largest mergers in U.S. business history.

In the White House, Mark drafted the prime-time address President George H.W. Bush gave before a Joint Session of Congress to declare his determination to evict a dictator from Kuwait.

He is the co-author, with Richard Torrenzano, of Digital Assassination: Protecting Your Reputation, Brand, or Business Against Online Attacks, (St. Martin’s Press, 2011), a book hailed by Charlene Li, author of Groundswell, and former CIA Director Michael Hayden as essential reading.

His op-eds have appeared in publications ranging from The Wall Street Journal to The Washington Post.

Mark was the former Vice President of the Pacific Research Institute of San Francisco, and has served as a speechwriter and aide to former California Governor Pete Wilson.  He has been an adjunct professor at the Haas School of Business at the University of California, Berkeley, and has lectured at many major colleges and universities.  A graduate of the University of Texas at Austin and Stanford University, Mark is the director of the Uptown Creative Strategies Group, a partner firm to VUONG Global.
® 2021 VQV GLOBAL