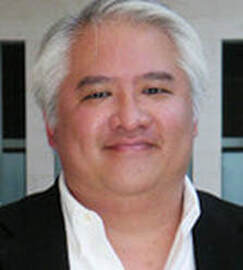 James Lee is the president of The Lee Strategy Group, a partner firm with VUONG Global. James has almost 25 years of experience in political and corporate campaigns throughout California.  He cut his proverbial teeth in the bare-knuckle arena of California campaigning, including presidential, gubernatorial, senate, initiative, and city council races as press secretary, coalition director, and campaign manager.

A noted media and online trainer and speaker, James has built a multidisciplinary approach to media relations centered around the strategic coordination of various disciplines and stakeholder interests to achieve a client’s goal, including corporate brand reputation, investor relations, labor and internal communications, media relations, event planning and support, crisis communications and training, and government affairs.

Prior to forming The Lee Strategy Group, James was a director at the global communications firm Burson-Marsteller, working on a wide array of issues demonstrating his intuitive understanding of the linkages between communications, brand value, issues management, and business goals.

Prior to work in the private sector, James served as Communications Director for the California Environmental Protection Agency, where he oversaw communications and public outreach on a wide range of health and safety issues.

He also served as California Governor Pete Wilson’s Deputy Press Secretary, where he was one of the Governor’s chief spokesmen and managed communications outreach and relations with national and local television and radio stations.
​
James’ extensive media experience also includes work in television, radio, and entertainment promotions at media companies such as Paramount Pictures, KABC-TV, Gannett Broadcasting, and CBS Radio.  James maintains relations with a national and statewide array of reporters, bloggers, columnists, and editors.
​
Born in Taipei, Taiwan, James immigrated to California with his family and grew up in Los Angeles.  He holds a bachelor’s degree in business and journalism from the University of Southern California and is active in several professional and charitable organizations, serving on several boards.
® 2021 VQV GLOBAL